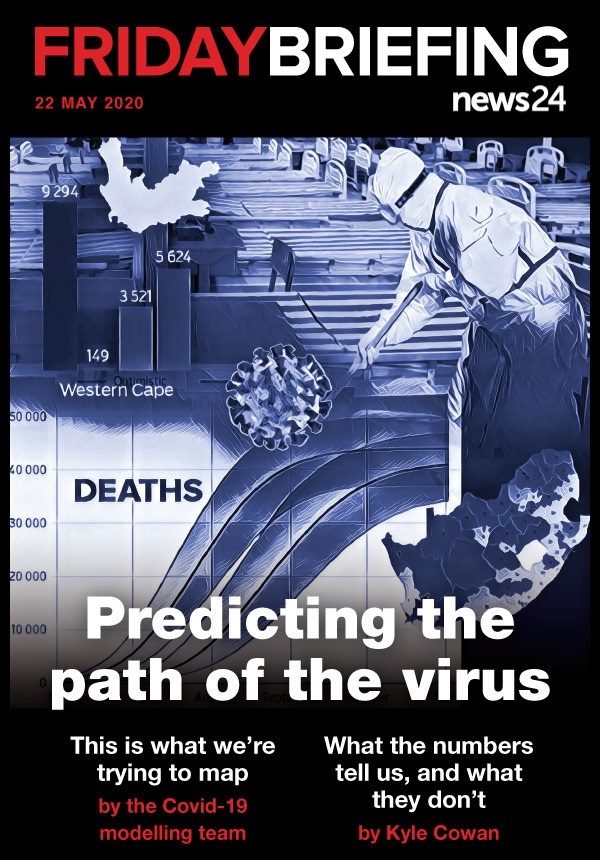 Projecting the path of the virus: What can – and can’t – be predicted

This week a team of epidemiologists, mathematicians and statisticians released the modelling used by government to inform its responses and policies to deal with the spread and impact of Covid-19, the disease caused by the coronavirus.

The data was released more than ten weeks since Patient Zero was first identified. The first models were presented to government in mid-March.

It revealed the full extent of what could be a disastrous medical crisis for South Africa.

The modelling team, led by Harry Moultrie from the National Institute of Communicable Diseases, explained that tens of thousands of people could die, more than a million to be infected and that the number of ICU beds needed will be exceeded in June at the earliest, July at the latest.

The teams’s projections are grim and sobering.

But it explains why government has insisted on maintaining a ‘hard’ lockdown, the purpose of which was never to stop the virus, but to give authorities the time to prepare for the expected surge in infections.

Two things: government has been extremely reluctant to release data and information, unless it happens on its terms.

Queries often go unanswered, and the release of the modelling and projections has been called for since March.

Another issue: these models won’t tell us what is going to happen, merely what could happen.

They are extremely complicated, based on a range of variables and inputs that change almost all the time.

In this week’s edition of Friday Briefing we asked the modelling team to do a deep-dive into the models and explain the finer detail of their assumptions and projections.

Investigative reporter Kyle Cowan, who reported on the very first models way back in March, explains the difficulties in pinning down the truth.

And we’re republishing Alex van den Heever’s seminal piece about the lockdown, and what went wrong.

Overall, we estimate that, while 83% to 88% of the population may become infected, most people are expected to have no or mild symptoms, writes Juliet Pulliam, Sheetal Silal, Gesine Meyer-Rath, and Harry Moultrie.

There are only a handful of people in the country who can critically analyse models and projections around Covid-19 with any certainty. For the public at large, the numbers can be hard to stomach or interpret. Kyle Cowan on what the estimates can tell us, and what they don’t.

Unfortunately, due to inadequate screening and testing in all the provinces, except the Western Cape, the reported infections are unlikely to be a true reflection of what is actually happening, writes Alex van den Heever.